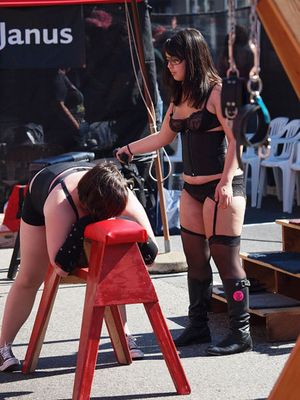 The same magazine tried to bash Helmut Newton, accusing him of "pornografization of fashion photography", and criticized his "therein unrestrainedly realized sadomasochistic obsessions". (An extensive analysis of the magazine and Schwarzer campaigns is available at Papiertiger#Emma (German)

Sadomasochism is a perennial in the field of literature and has inspired several classics like The story of O by Anne Declos (under the pseudonym Pauline Réage), Justine by Marquis de Sade, Venus in Furs by Leopold von Sacher-Masoch or the comics created by Eric Stanton. A literary curiosity is Martha's letter to Leopold Bloom in Ulysses by James Joyce. The novel Nine and a Half Weeks: A Memoir of a Love Affair published in 1978 by Elizabeth McNeill was the basis of the Hollywood movie 9½ Weeks.

While it can not be denied that the authors of SM-literature, Sade and Sacher-Masoch, showed a propensity to the sexuality they described, it has to be differentiated between the real sexual activity and the fantasies described in literature. It would be an absurd demand of the literature's authenticity that the author have to practice what he is describing. Diary notes, interviews and the description of experience remain a fictionalization of the described events. While sadomasochistic rituals enacted as theatrical staging might show fetish characteristics, the fetish is not literature. BDSM literature also does not embrace a specific philosophy or morality, instead it represents it, as any other kind of literature aspects of the particular Zeitgeist of its era. (Ref: Compare Arne Hoffmann: In Leder gebunden. Der Sadomasochismus in der Weltliteratur, Ubooks 2007, ISBN 3866080786 (German)) 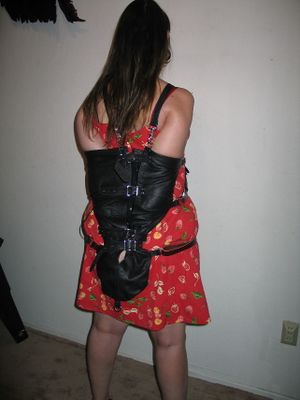 Other than specialized books with strong emphasis on the practice there are a growing number of scientific publications.

With the development of documentary productions like SICK: The Life & Death of Bob Flanagan, Supermasochist, Bound for Pleasure and Wir leben ... SM! an increasingly broader approach to the subject matter is developing, targeting on wider audiences.

During the last four decades, the spectrum of productions has been greatly enlarged, showing the topic has arrived in mainstream movies:

Besides these mainstream movies, there is a huge market of sadomasochistic Pornography, mainly in form of Pornographic films.[1] The Spanish director Jess Franco developed several typical examples of the Exploitation-genres' approach, often based on the works of the Marquis de Sade and censored in many countries worldwide.

German manufacturer of fasteners Fischer used a persiflage (banter) of the sadomasochistic objectc in a video spot in order to demonstrate its product's quality.

In the USA, Anheuser-Busch was repeatedly active as a sponsor of the Folsom Street Fair and the jeans brand Diesel ran several sadomasochistic advertisements in fashion magazines. The basic strategy in this field is to use a persiflage of widespread clichés, generating a higher level of public awareness by an adumbrate breaking of taboos while branding the image as unconventional and sharp.