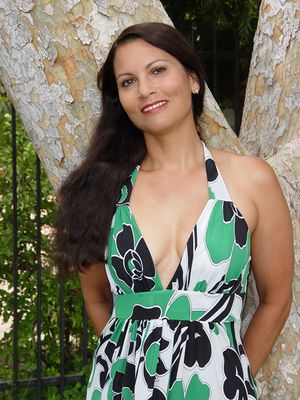 Pfeiffer was born in Wiesbaden, Germany to parents of Portuguese and Hawaiian decent. She moved to the United States and grew up in western Washington State, developing a love of acting and dancing. In New York City, she studied dance with the legendary choreographer Martha Graham. She then moved back to Seattle and, at the age of nineteen, married the noted illustrator, videographer and director of fetish videos, Brian Tarsis.

Together they moved to Los Angeles, where Brian was offered a position with Harmony Concepts as an editor for the magazine Bondage Life - a position which soon Chelsea took over as she got along much better than her husband with Robert Q. Harmon, the owner of Harmony Concepts. Chelsea was the editor of Bondage Life for four years and also became a talented bondage photographer and director of bondage videos.

Together with Robert Q. Harmon (Harmony Concepts), she created her own spanking video company, Camera Art. Four years later she purchased the company from Harmony Concepts and renamed it Chelsea Pfeiffer Entertainment.